You are here: Home / Films / Girls Are The Worst

For the student graduate thesis Girls Are The Worst, there were a number of guns required for the shoot. I acted as both a consultant for what prop guns should be bought for the film, as well as the handler on set.

“Caldwell Butler served as the weapons wrangler on my short film, Girls Are The Worst. Caldwell was very professional and knowledgeable about his department and made sure everyone was safe, informed and aware of their surroundings at all times. He was responsible for handling and placing all props weapons on set as well as making sure they were in a safe and secure place when not being used on set. He was a pleasure to work and I would be glad to have him back on any other set I am working on.”

-Lauren Nichols, Producer on Girls Are The Worst 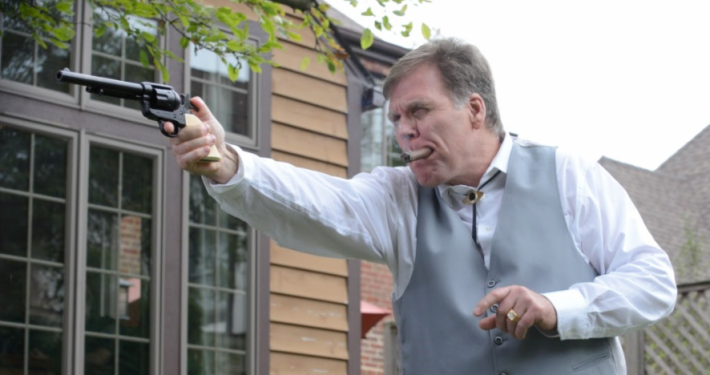 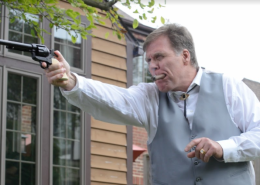 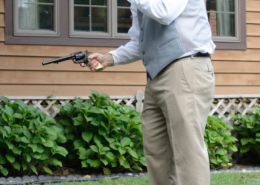 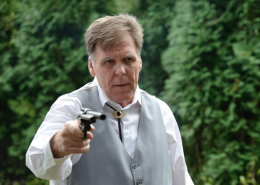 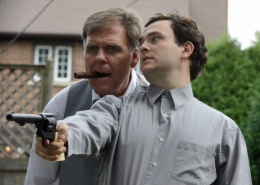 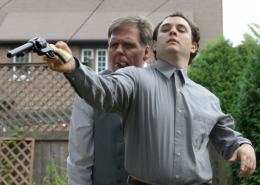 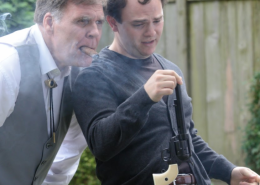 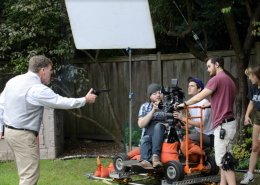 All of the prop guns were bought for the film. The most-seen gun in the film, the “hero gun,” needed to be a replica that looked good on camera and for closeups, and also required moving parts so it could be “fired” (the gunshots were added in post, the prop itself didn’t fire in any way).

A Spanish replica made by Denix was chosen, one of a Colt Single Action Army revolver with a blued finish and ivory grips.

While there was only one hero gun needed for the shoot, a number of other guns were needed for a scene involving a so-called “gun wall.” For this scene, the guns used (all 15 of them) were cheap spring-powered airsoft guns. Once on camera, they looked like the real deal.

The room was dressed with camouflage netting and a glass cabinet, and then lit by G&E. Once it was set, the guns were brought in and placed in the cabinet. 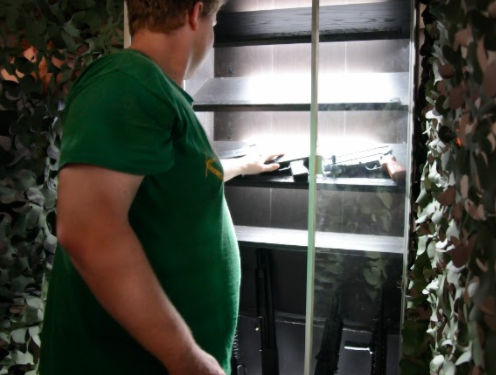 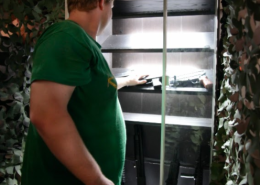 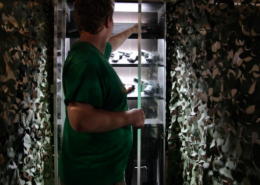 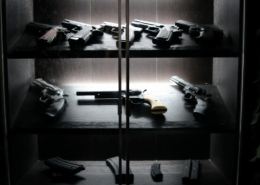 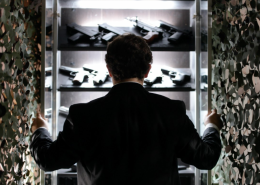 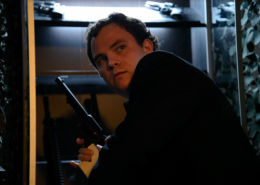 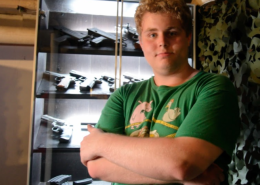 The Robbery
Scroll to top